Last September 2017, the Philippine Society of Youth Science Clubs (PSYSC) held contests all across the nation to encourage young learners and aspiring scientists to nurture their passions and reach for their dreams in celebration of this year’s National Science Club Month (NSMC). Plenty of these enthusiastic kids won, and the students of Philippine Science High School – West Visayas Campus were no exception. 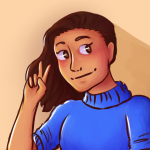 Editor-in-Chief of Sci-Link, the premiere English publication of PSHS-WVC. Artist and writer.